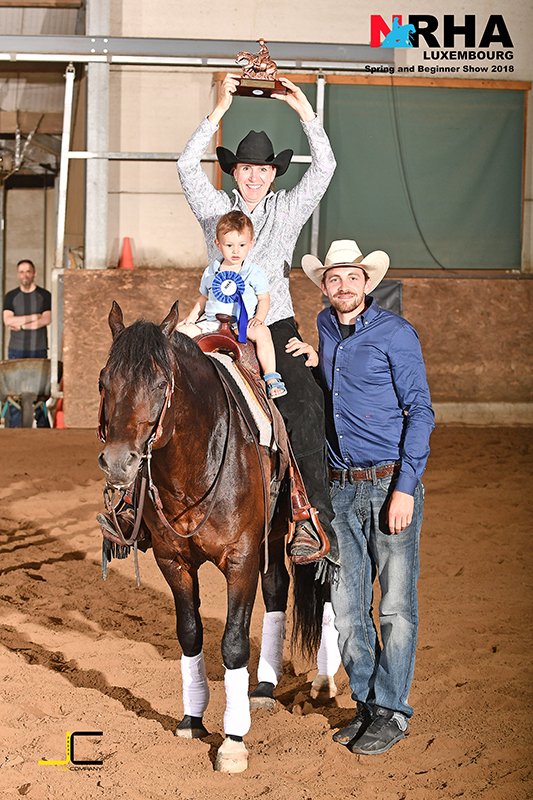 According NRHA....Reining is a judged event designed to show the athletic ability of a ranch type horse within the confines of a show arena. In NRHA Competition, contestants are required to run a pre-selected, approved pattern, included in the NRHA Handbook.

The NRHA handbook further describes the reining horse. It says “To rein a horse is not only to guide him, but also to control his every movement. The best reined horse should be willingly guided or controlled with little or no apparent resistance and dictated to completely. Any movement on his own must be considered a lack of control…”

Throughout the history of the Americas, dating back to the earliest Spanish settlers in what today is Mexico and the Southwestern United States, including Texas and California, ranchers needed to manage cattle from horseback. Cattle were moved, branded, doctored, sorted, and herded, often on open range without the benefit of fences, barns or other means of holding the animals.  A good cowboy needed a quick and nimble horse, one that could change directions quickly, stop "on a dime," and sprint after an errant cow. The horse needed to be controlled mostly by legs and weight, ridden with only one hand and a light touch on the reins, so that the cowboy's attention could also be on tasks that could include handling a lariat (to rope cattle), opening a gate, or simply waving a hand, hat or rope to move along a reluctant herd animal.   Informal demonstrations of these ideal characteristics amongst ranch cowboys and vaqueros evolved into the sport of reining, as well as the related events of cutting and working cow horse as well as several other horse show classes.

Other nations with traditions of herding livestock on vast areas, such as Australia and Argentina, developed similar traditions that have blended into the sport as it has expanded worldwide.